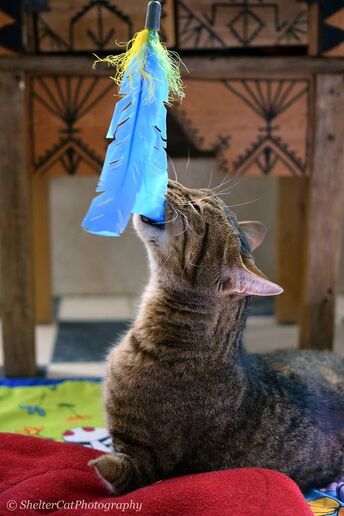 
​
​Origin |  ​Wisconsin - relinquished to local humane society by the person who had Merlin since birth. After an in-home evaluation by one of the staff, it was determined that 'Muffin with no legs' could live a full and happy life. They put out a nationwide call for applications via PetFinders after he had been in the shelter for several weeks. 20 applications were received and ours was chosen because of the great care we provide our babies. The rest is history<3 Consider helping with Merlin's lifetime care expenses. 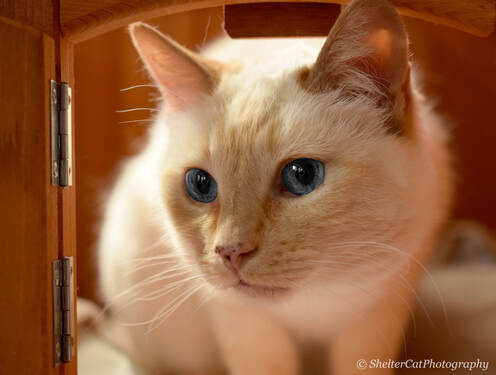 ​Izzy started this sanctuary as our first special needs cat. We have learned many lessons from this sweet, cuddly little girl.

We were successful with Izzy because we have training before bringing her home, on-going support from Angels with Paws and resources such as pet sitting by their staff in the early days.
​
​Origin |  ​ Lakewood, Colorado. Izzy was adopted 3 times and returned due to unforeseen life circumstances. ​ 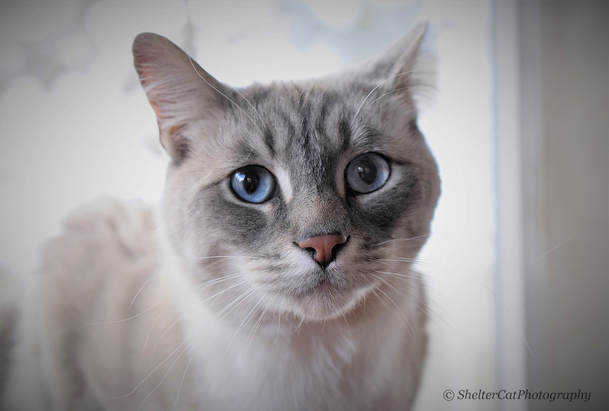 ​​​Origin |  Austin, TX. Mitt was part of an outdoor cat colony in TX. Due to  a broken tail, he was taken to Austin Animal Center for medical care. They had to remove half of his tail, resulting in a spinal cord injury. He flew on Delta to CCAS, unsure if he could survive, two years ago. Learn more and consider donating to Mitt's lifetime care. 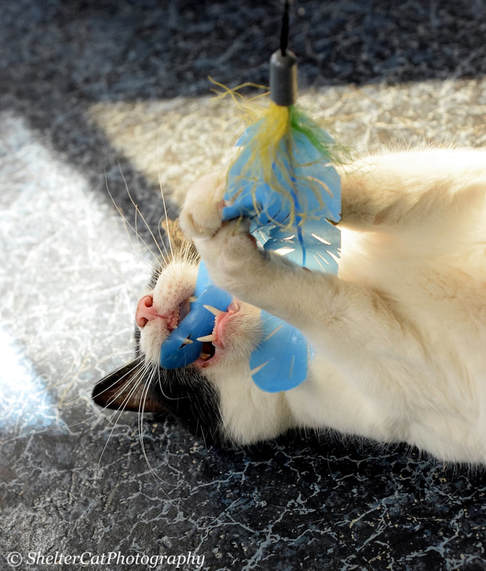 ​
​Origin  |  Michigan. This big ole boy was at a shelter in a small town in Michigan. Unsure of his backstory, he somehow ended up there with a fecal impaction that could have been deadly. He was delivered to us by a staffer who drove 10 hours to meet us at the border of Wisconsin when we were picking up Merlin. Oz has multiple medical issues. Consider contributing to her lifetime care needs, please. 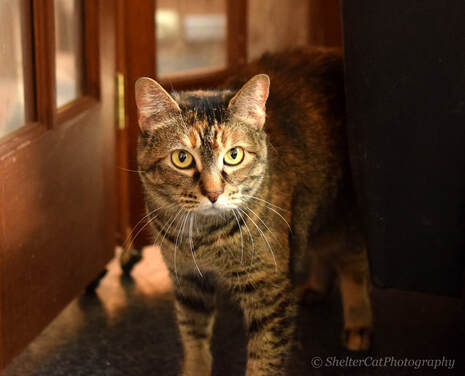 ​​
​Origin  |  Bastrop, TX. Sammie aka Samaria was relinquished to the shelter due to incontinence at about two years old. She is short and round - a red and black torbie - tabby on her belly and tortie on her back. Missing for a month after the sanctuary fire, she became Samaria the Warrior Goddess! Donate for Sammie's lifetime care expenses!


​Origin  |   Champaign, IL. Luma came with Johnny Cash from CatSNAP. Her foster mom was so very worried about her when they realized she had urine scald from incontinence and required special care.

Initially, Luma was carefree and playful - full of life. Along the way, she became vulnerable and now exhibits 'prey-like' behavior when around the big boys (who likely traumatized her). She and Sammie stay in a separate room together where they both feel safe.

​Luma really needs to be in a home with no or few cats where she can feel safer. Can you care for her in your home? If not, will you contribute to her lifetime care at CCAS? 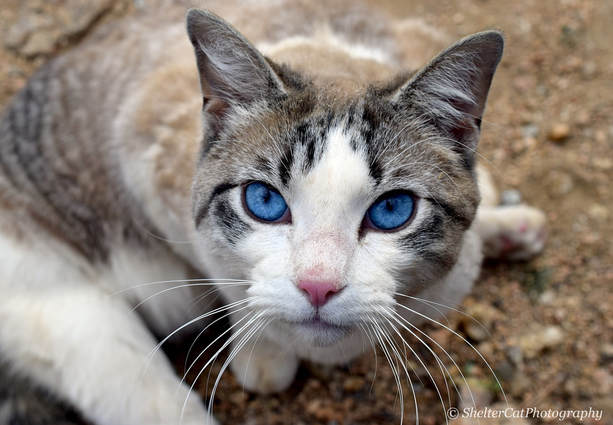 Wait until you meet Chan!
Chan -  Ch - ann
​
​Origin  |  Bastrop, TX. This little guy with hyperextended back legs that do not bend was found wandering the streets at only a few weeks old. He stayed with an amazing foster mom until he was old and big enough for vaccinations at 5 months, then hitched a ride to Colorado with a friend of the rescue. Chan has multiple medical issues. Will you donate to his lifetime care?​ 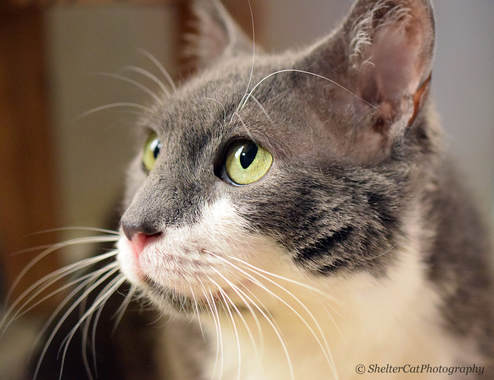 ​​
​Origin  |  Middletown, NY. Miss Cyndi Lauper was rescued from a hoarding situation at about 4 years old. We are not sure if she is so vocal because nobody listened and talked to her in the crowded house, or if she has always been a chatterbox. She is hysterically funny and has a bigger vocabulary than some two-year-olds. She is here forever - please donate to her lifetime care.​