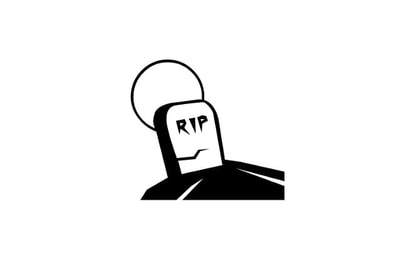 I have been writing and complaining about this man who killed 11 cats in Ft. Collins since last fall. I was happy to get a Google Alert today about an article in the Coloradoan stating that he has been convicted for 30 months on one count of animal abuse (better than nothing but not enough). He was also charged and convicted on one count of theft for stealing the cat. The other 10 counts (victims) were unable to be proved though evidence and testimony indicate that he also killed them.

I am a mental health practitioner by trade and started out believing everyone can be helped - get better - be better. Thirty years in the field has certainly taught me that while there is hope for most people, there are some who are unlikely to improve due to a variety of factors. Sociopaths who hurt/kill animals and people are not likely to stop. The treatment would take many years and a total change in environment, beliefs, thinking patterns, behavior and values - this simply doesn't happen often.

For the sake of animal lovers, animals and humans who may become targets of this man at some point, I hope he gets treatment and a miracle results in his transformation. I have great empathy for his victims and his family who stated that he has been troubled for a long time. These behaviors usually begin in childhood and escalate as people get older. I certainly have compassion for this man and understand that any of us could face similar demons under specific circumstances.

Nonetheless, unless/until that miracle happens, we need him off the streets and away from the vulnerable. I suspect the humans he will encounter in prison will be able to protect themselves from him - let's hope there in nobody in there who falls pretty to his particular sickness.


​
Okay - I'm pissed! I cannot freaking believe this - he has more charges now that 'may' be related to the original arrest. Law enforcement found three collars (likely) from missing cats in the neighborhood - there had been many missing cats reported around the time of his arrest.

We wrote the judge asking for a psychiatric exam and she ordered it - yay! He apparently has three mental health diagnoses, but nothing excuses this/these murder(s) of cats - humans will be next!

Comment on this article in the Coloradoan to get more information published when it is available.

I am writing about a hearing before you tomorrow, October 23. Though I am writing as concerned citizen, I also have expertise in the field of clinical social work that spans three decades and as a professional caregiver for animals.

The accused in facing a class 6 felony charge of aggravated cruelty to animals. The cat he adopted three days earlier was found stabbed to death in the closet of his bedroom. Newspaper reports stated there were other animals in the room but did not give details about their condition. There are also multiple reports of missing cats in the same neighborhood. His roommate called in the report after hearing the noises when the cat was killed.

I realize all the facts are not in and people are innocent until proven otherwise. However, I would like to submit the information attached for your consideration. Animal cruelty is often dismissed as an anger management problem or morbid curiosity, which totally overlooks the underlying behavioral, moral and psychiatric associations.

In this case, the defendant stated that the cat bit him and he lost his temper. I work with cats and there is an instinctual reaction to push them away when that happens. But, stabbing them to death with a knife (and hiding the body in the closet) is not within the normal range of reactions, even for people with ‘anger management problems’ who lack other mental and behavioral health concerns.

I had planned to be there for the hearing, but I live in Bailey and it seems more prudent to simply submit these concerns for your review. I appreciate your consideration as you contemplate the case. My opinion as a therapist, animal caregiver and citizen is that we must prevent further violence by requiring people who exhibit these behaviors to get professional help, sooner rather than later.

You don’t have to be an animal activist to realize that torturing and stabbing a cat to death must be taken seriously. This is not the time for the three-strikes rule. It is a serious, violent behavior. We don't have to wait until the victim is human to demand treatment.

Bryan Hackleman was arrested recently on a class 6 felony charge of animal cruelty. His excuse? The cat bit him and he reacted by throwing it against the wall.

Police found evidence that he may have tortured the cat with a screwdriver before stabbing it to death with a knife. They removed more animals from his room but did not specify if they were alive or dead. Other cats in the neighborhood are missing and he is mentioned as a possible suspect.

Studies show 25 – 63% of incarcerated violent offenders report a history of animal cruelty or murder. Not all animal killers graduate to interpersonal violence, but many do.

Researchers believe violent behavior is partly biological, as well as social, behavioral, and cognitive. Much of it is learned. It is usually passed down through modeling or heredity - generally both.

Effective treatment must address all these issues to be effective. Anger management alone can’t touch these problems.

History tells us these offenders opt-out of treatment if there is a choice. Court-ordered treatment for Bryan Hackleman is the responsible thing to do.

Please urge her to take a strong stance on sentencing and court-order comprehensive treatment rather the band aid or anger management classes.

As a society we must protect each other. Speak up – do your part. Stop the violence now.